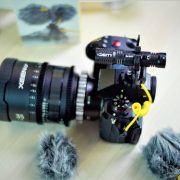 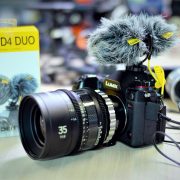 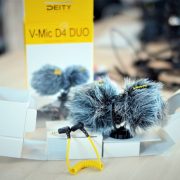 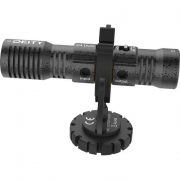 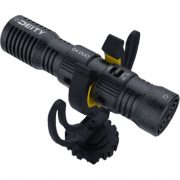 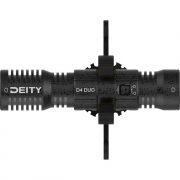 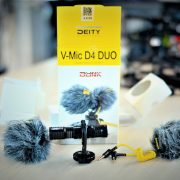 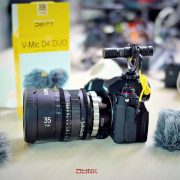 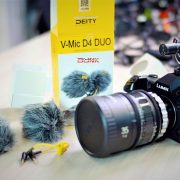 Deity Microphones V-Mic D4 DUO is a compact and lightweight on-camera microphone that offers a smart feature set aimed at capturing better-sounding interviews from the field.

The V-Mic D4 DUO offers a dual-capsule design, with one cardioid capsule focused on the subject in front of the mic and a second aimed at the rear, allowing it to pick up audio from the camera operator/interviewer/journalist filming the scene. Instead of being forced to shout for the benefit of a microphone, it lets the interviewer speak in a normal tone of voice without sounding muffled and distant, providing improved sound for interviews and voice-overs.

The versatile V-Mic D4 DUO also features a 3.5mm Aux input designed to accommodate a lavalier mic or wireless transmitter (both available separately). If you have time to mic up your subject with a lav, simply plug it into the jack and flip the stereo switch that bypasses the rear mic on the D4. The lav is recorded on the camera’s right channel, while the front capsule of the D4 DUO is routed to the left. With the audio from each mic on separate tracks, you can dial in the exact blend you want of the close-miked sound from the lav and the ambience of the on-camera mic in post-production. No longer do you need to carry around bulky camera mixers or hard-to-find stereo splitter cables to achieve similar results.

Weighing only 1.4 oz, the V-Mic D4 DUO adds quality audio to your camera rig without weighing it down. Included are two faux-fur windscreens to reduce wind noise when shooting outdoor, a Rycote Lyre shockmount to reduce vibrations and handling noise, and a coiled 3.5mm output cable. 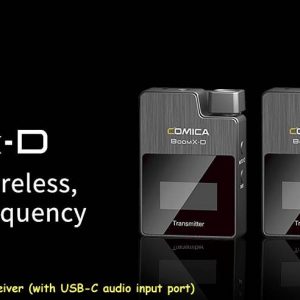 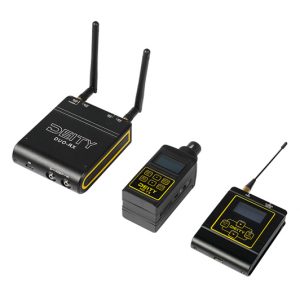 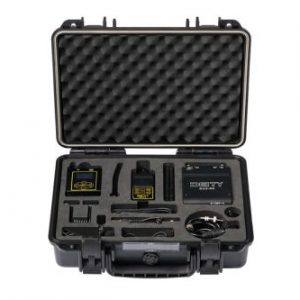 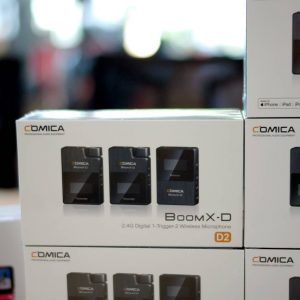 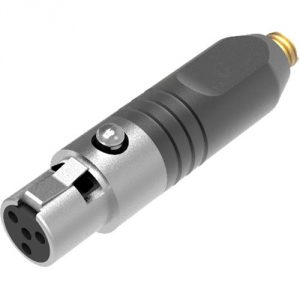 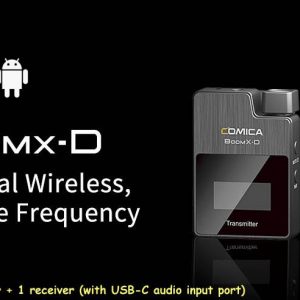